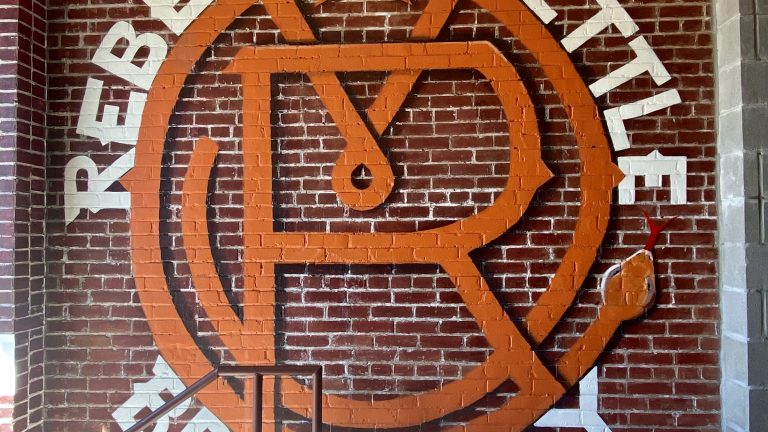 West Fourth Street in Downtown Cincinnati is historically known for its mansions, shops, opera house, and proximity to the Ohio River, as well as its Italianate and Renaissance architectural style and engineering.

It is also known for its 1976 recognition within the National Register of Historic Places due to these renowned features.

West Fourth Street in Downtown Cincinnati is currently known for its revitalization and reconstruction with increased urban living, shopping spaces, and most recently, a new brewery.

Earlier this year, the area welcomed a new neighbor: Rebel Mettle. The brewery officially opened its doors on September 12, 2020, marking its place within this up-and-coming local hot spot. 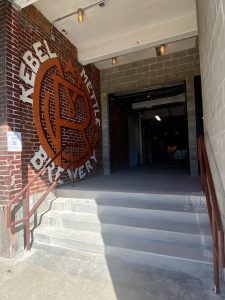 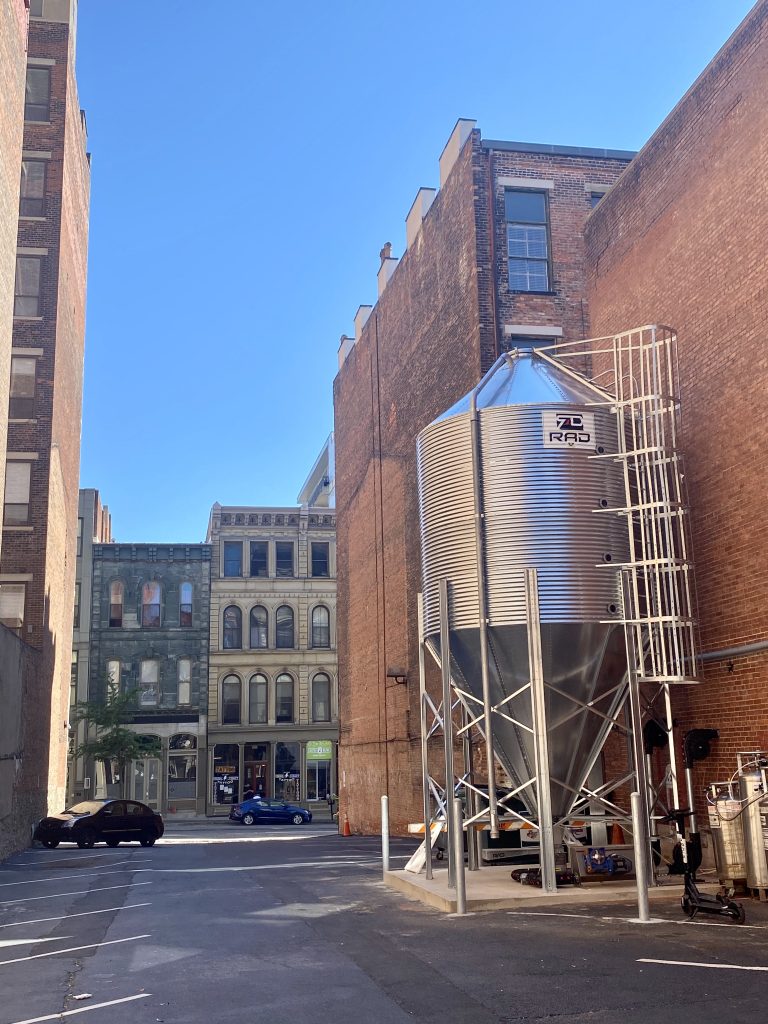 Upon entrance, one is invited into an open-concept space where cold brews, arcade games, and a pizza lover’s menu reside. 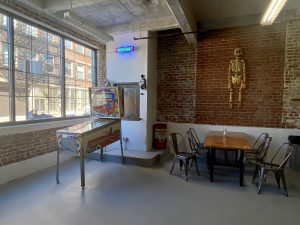 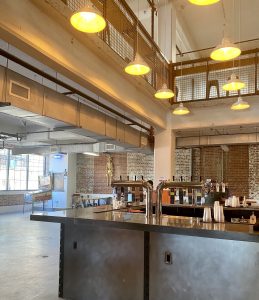 The brewery also features garage door windows that can be raised to connect the inside and outside, an open view of the bar from the second floor, walking distance to the city’s Downtown and Paul Brown Stadium, and “A place where everyone is welcome.” 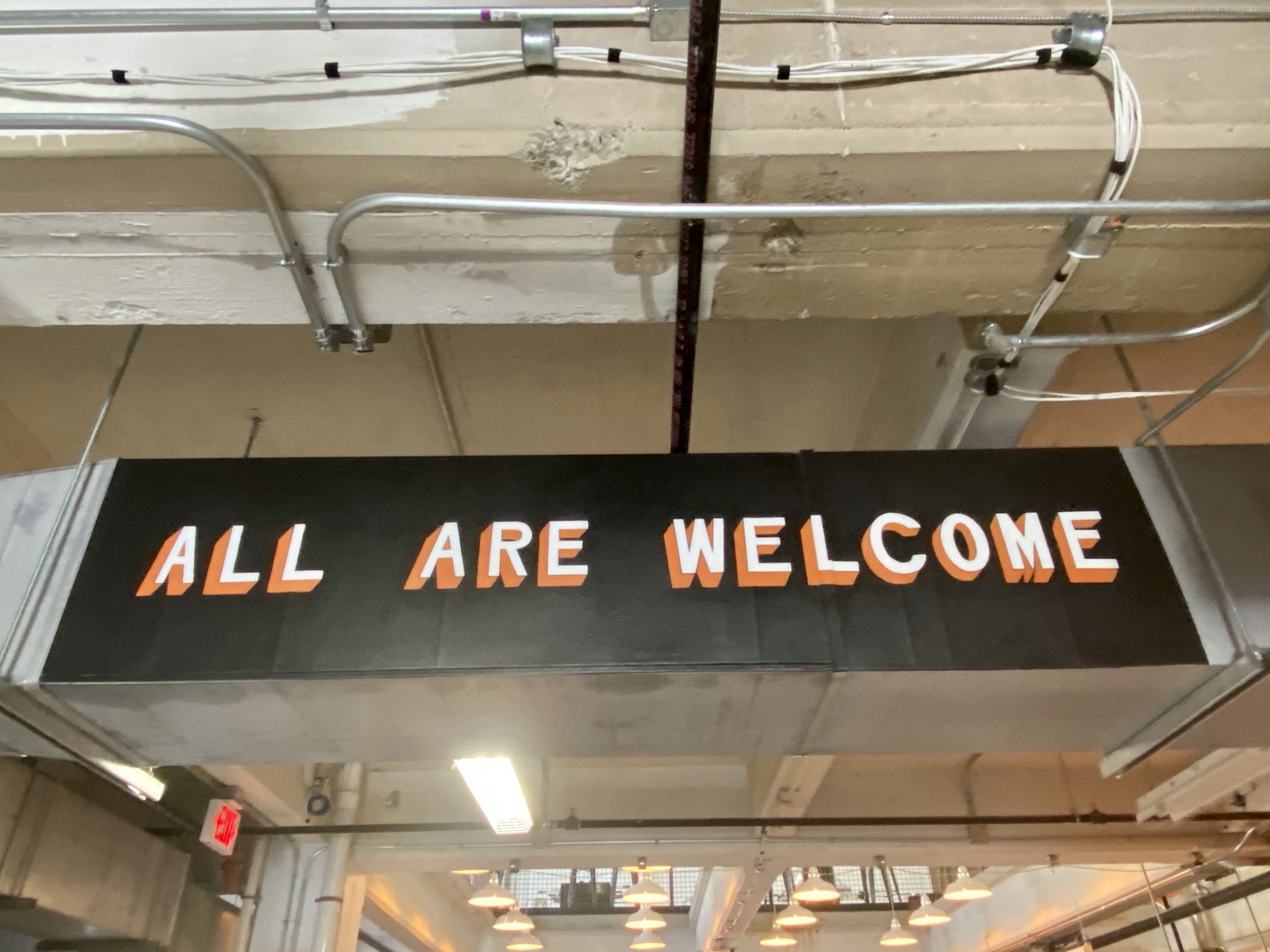 … Oh! Did we mention that Rebel Mettle is one of the only breweries in all of Downtown? This naturally means it fills a gap in the Downtown brewery scene. 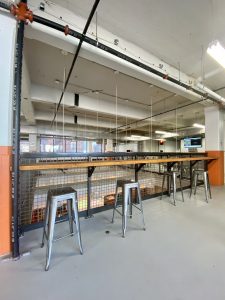 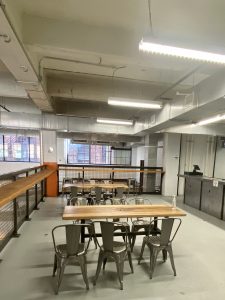 With a visual scan of Rebel Mettle, one may also notice the brewing and barrel fermentation process that takes place behind the bar.

One of the founders, Mike Brown, noted, “We just want people to feel like part of the brewery when they walk in.” 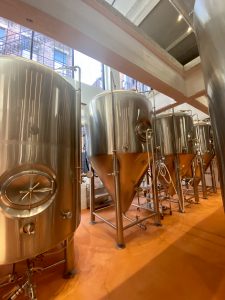 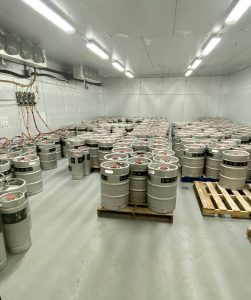 Mike also mentioned that part of the breweries distinctive name originated from a birthday card that he received from his mom. In which she said he had always been a rebel. 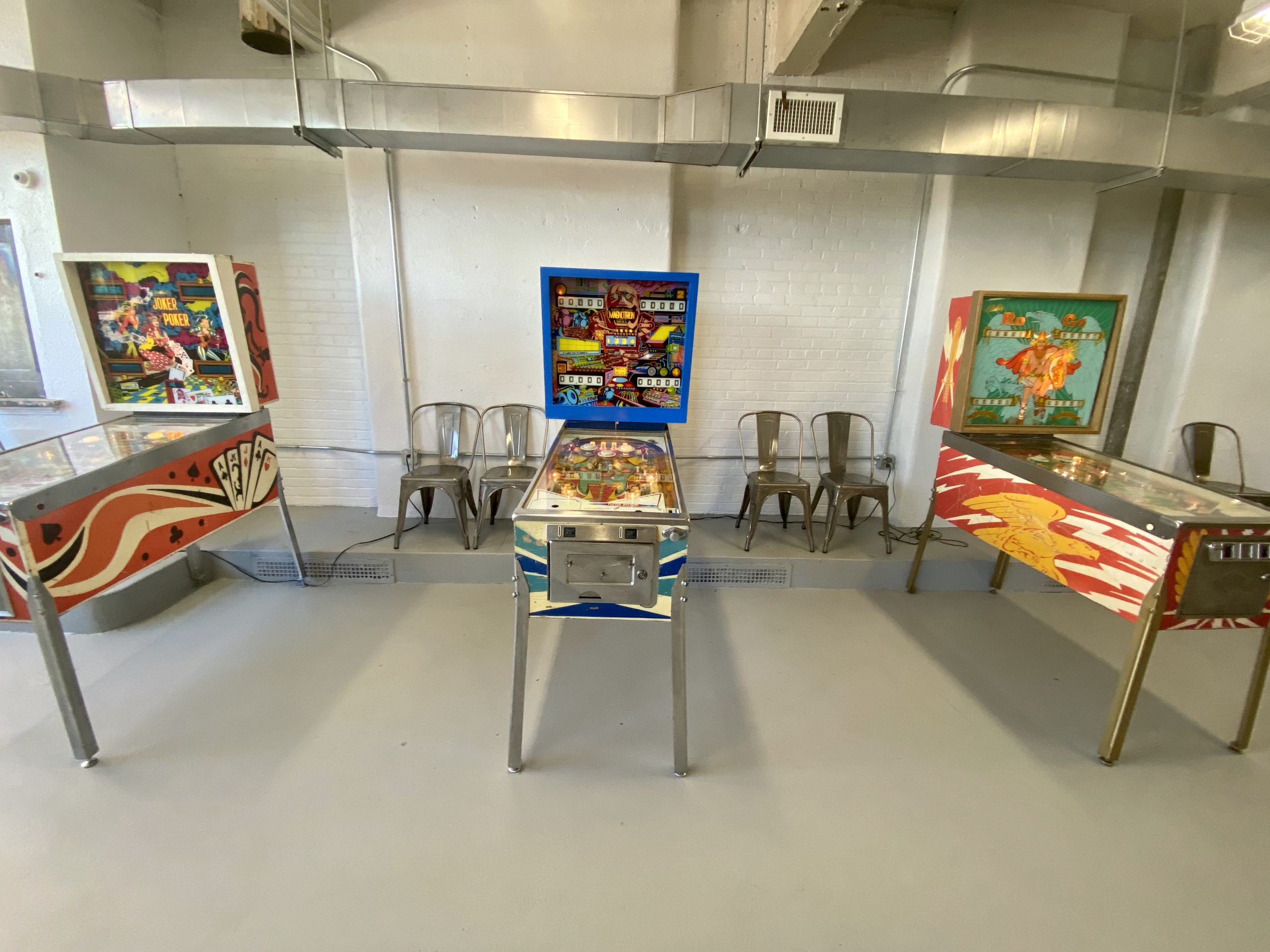 Rebel Mettle’s mission statement also stood out to us and hopefully it does for you too:

Questioners of the status quo; Brewers, Patriots, Scholars and Believers. Since the beginning, we’ve wanted to create a place that celebrates Freedom, Opportunity, Justice and Community. A place where everyone is welcome. Unique and united by our love of lager, we are forging our own path, questioning the rules and following the Rebellious Spirit in us All. Life, Liberty and the Pursuit of Lagers. 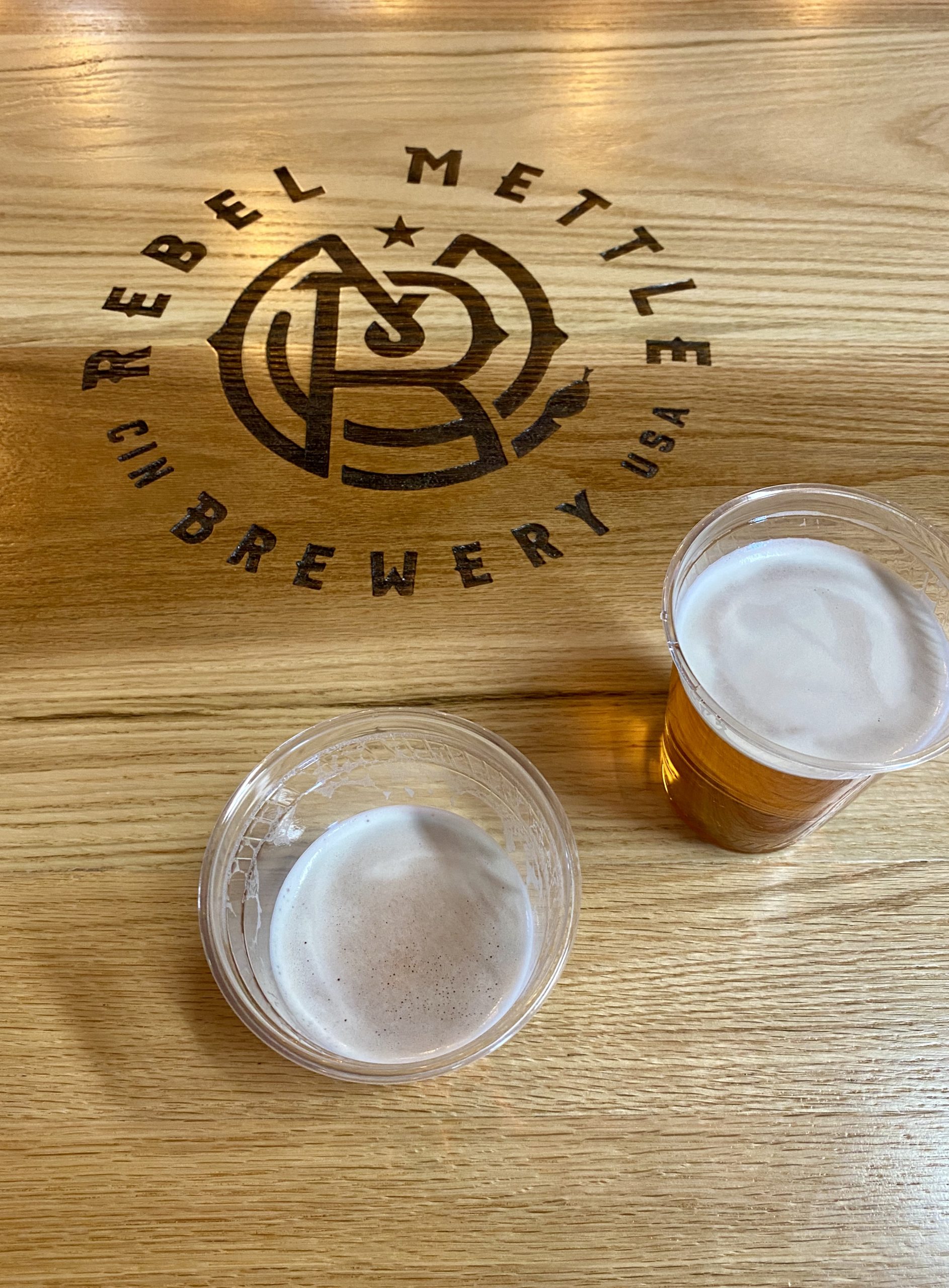 Cheers to good beers and check out Rebel Mettle’s website and hours below:

Interested in finding more Cincinnati breweries to visit? Check out our Ultimate Guide to All Cincinnati Breweries. 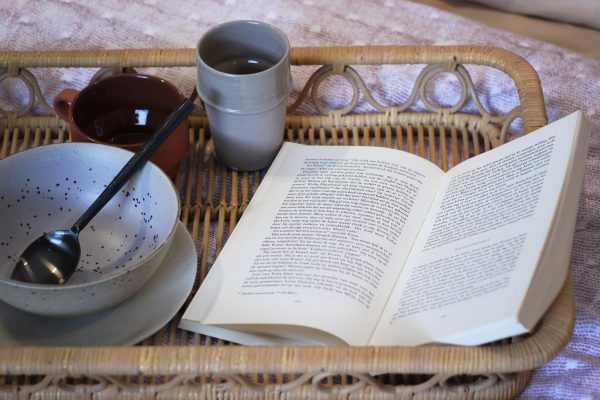 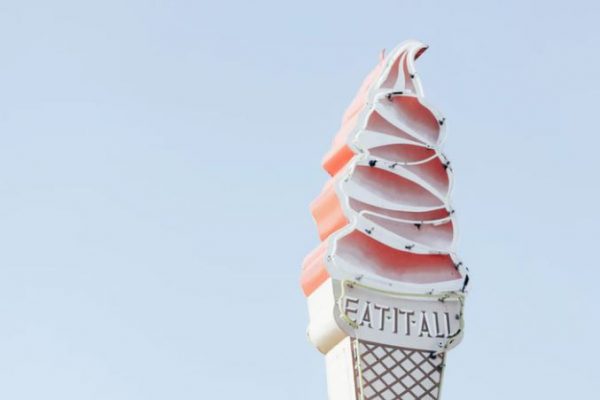 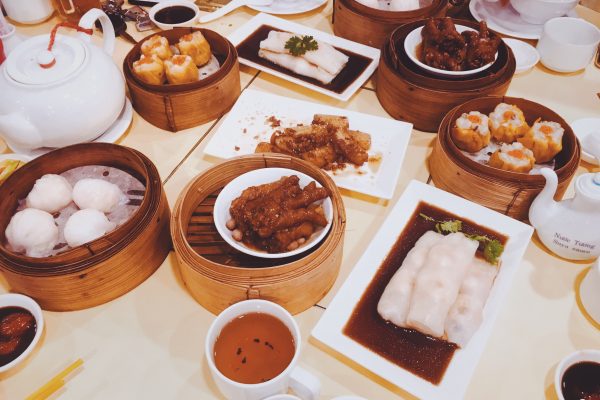 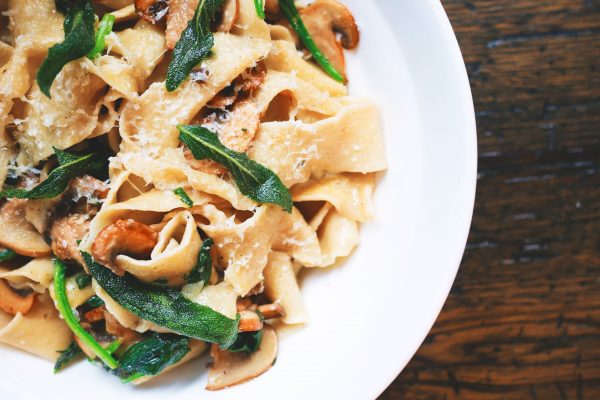