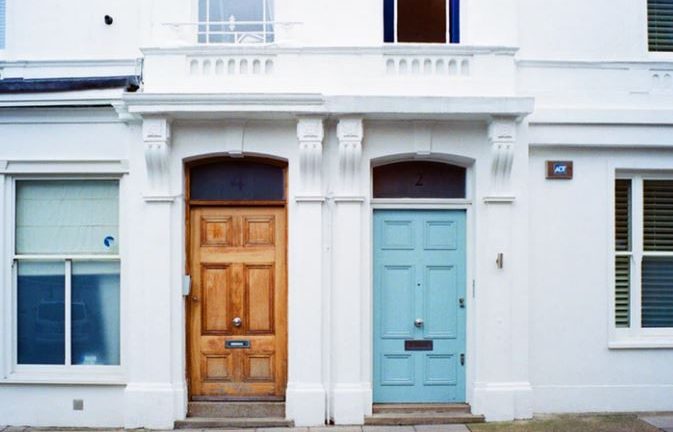 If you’re looking for a place in Cincinnati that offers incredible views, a variety of bars and restaurants, and quick access to popular nightlife spots like Downtown, The Banks, and Over-The-Rhine, look no further than the neighborhood of Mount Adams.

Known for being one of the most historic and picturesque neighborhoods in the city, Mt. Adams feels like a blend between San Francisco and a European mountain village. And because of its location atop a hill, it offers fantastic views of Downtown Cincinnati, Northern Kentucky, and the Ohio River.

If you visit Mt. Adams during the week, you’ll find that it’s one of the most laid-back, quiet neighborhoods in Cincinnati.

Come back on a Saturday night, though, and you’ll find that it’s one of the most lively places in the city, flooded with college students known to wait in lines to get into one of the many bars or taverns in the neighborhood.

Mt. Adams is known for being one of the more upscale neighborhoods in Cincinnati. It’s home to corporate executives, doctors, and lawyers (which explains why the median home price is over $450k) along with young professionals who are happy to pay above-average rent for the convenient location.

In this post, we’ll share a guide to Mt. Adams including a brief history of how it became the neighborhood it is today, a list of its best restaurants, bars, and taverns, along with several attractions that you can visit in the area.

A Brief History of Mt. Adams

The earliest notable event in the history of Mt. Adams came in 1831 when a wealthy attorney named Nicholas Longworth bought the mansion that is now the Taft Museum of Art along with much of the land surrounding the mansion. Longworth went on to become the first commercially successful winemaker in the U.S. by growing his own grapes in what is now Eden Park.

Years later, Longsworth donated a portion of his land to the Cincinnati Astronomical Society for an observatory, which was later moved to its current location in Mt. Lookout due to excessive smoke from downtown buildings.

When the Cincinnati Observatory opened in 1843, the area was renamed Mount Adams in honor of President John Quincy Adams, who delivered the observatory’s dedication address.

In 1872, the Mount Adams Incline was built, which was an inclined railway that linked Downtown Cincinnati to the hilltop region of Mt. Adams. This enabled streetcars and automobiles to make their way up to the neighborhood much easier. This also lead to a home construction boom that lasted from the 1880s to the 1910s.

The Highland House located at the top of the incline also opened in the 1870s, which served as a popular entertainment venue where visitors could dine, drink, dance, listen to live music, and enjoy the beautiful views.

Grateful on this #GoodFriday for all my blessings. Thank you. 🙏🏼 #blessed

Later, in 1948, the incline was closed. As time went on, in the 1960s and 1970s, Mt. Adams began to gentrify as workers who wanted to live near their downtown offices began to move in.

Today the neighborhood is home to around 1,600 residents.

Mt. Adams is home to a variety of restaurants, bars, taverns, and coffee shops. Here are a few of our favorites:

The Bow Tie Cafe: An independent coffee shop located in the heart of the neighborhood. With plenty of seating, friendly staff, and an inviting atmosphere, this shop has it all. It’s a popular place to grab some coffee in the morning and a wrap, panini or salad in the evening. The free wi-fi combined with plenty of seating make this is a great spot to get some work done as well.

Mt. Adams Bar & Grill: A true neighborhood spot. This is a great place to grab a burger, sandwich, or salad. Service is consistently high quality and quick as well.

Amigos: A Mexican-themed restaurant known for their tacos and margaritas. Amigos offers excellent food in a laid-back atmosphere with friendly service.

City View Tavern: A tavern known for the burgers, beer, and Bloody Marys. If you visit, be sure to sit on the back deck that offers some incredible views of the city (hence the name!) and the Ohio River.

Quincy’s: A bar and lounge that offers a wide variety of wine, cocktails, and craft beer.

Pavillion: A popular spot for college students during the weekends. Pavilion is a multi-storied bar that offers some incredible views of Downtown Cincinnati and is a great spot to check out if you’re looking for a place to dance.

Crowley’s: An Irish pub with reasonably priced drinks, friendly staff, and an inviting atmosphere. This is a perfect hole-in-the-wall spot if you’re looking to grab a beer and hang out with some friends.

Blind Lemon: A truly unique bar that has been around since 1963 that gives off the vibe of an old English pub. Known for their live music, excellent selection of cocktails, and inviting atmosphere, this is one of the most highly regarded bars in the city. The interior of the bar offers an incredible collection of antique toys, pocket watches and iconic memorabilia and the patio bar practically begs you to sit down and stay for a while.

Monk’s Cove: A bar located in the heart of the neighborhood known for their unlimited popcorn, jukebox, and impressive selection of drinks.

#cincyparks A Garden of Pure Imagination was a refreshing display of spring color in the dead of winter. Now it's time to transform this space into a butterfly paradise. Use #krohnbutterfly2018 on your best butterfly pics for a chance to win a $100 Macy's gift card! #cincinnati #ohio #edenpark #krohnconservatory #eastwalnuthills #cincygram #igerscincinnati #ohioexplored #greenhouse #butterfly #greenhouse #terrarium #conservatory #conservatoryarchives #foliage #botany #house_plant_community #houseplants #macys

Part of what makes Mt. Adams so great is the fact that it’s located near many popular attractions in Cincinnati including parks, conservatories, and museums. Here are a few of our favorites:

Cincinnati Art Museum: An art museum that features over 67,000 pieces of individual art, both modern and historical. The museum is completely free to visit and is open Tuesday through Sunday (closed on Mondays). Because of the sheer size of the museum, it’s possible to spend an entire day walking through the various exhibits.

Krohn Conservatory: A conservatory built in 1933 in Eden Park that is home to over 3,500 different plant species. Admission is $10.00 for adults and $7.00 for youth (5-17). The conservatory rotates through different exhibits on a seasonal basis, so be sure to check our their site to see which exhibits they currently have open.

Eden Park: One of Cincinnati’s most well-known parks that offers some beautiful views of the Ohio River, Northern Kentucky, and various parts of Cincinnati. The park also has several hiking trails, a basketball court, a gazebo, plenty of green space for picnics, and a fountain with a pond directly in the center of the park.

Seasongood Pavilion: An outdoor pavilion and amphitheater on the western edge of Eden Park that hosts a wide variety of public events throughout the year including concerts, plays, musicals, and festivals.

Playhouse in the Park: A nationally known theater located on the edge of Mt. Adams that hosts productions and plays during 10 months out of the year. Be sure to check their schedule to see which plays they are currently performing.

Monastery Event Center: Originally built in 1873, a restoration of the Holy Cross Monastery Chapel was completed in 2016. This breath-taking center hosts weddings and receptions throughout the year and is a neat place to visit when it is not being used for a private event.

Holy Cross-Immaculata: One of Cincinnati’s most well-known and scenic churches. Perched on the edge of the neighborhood in a spot that overlooks Downtown Cincinnati and the Ohio River below, the church was originally built in 1859 and is famous for being the ending point of the annual Good Friday Pilgrimage.

Pilgrim Chapel: A church that is listed on the National Register of Historic Places and one that hosts a variety of public events and community gatherings throughout the year.

From its convenient location to its scenic views to its variety of bars, restaurants, shops, and attractions, Mt. Adams is one of the most unique neighborhoods to visit in the Queen City. 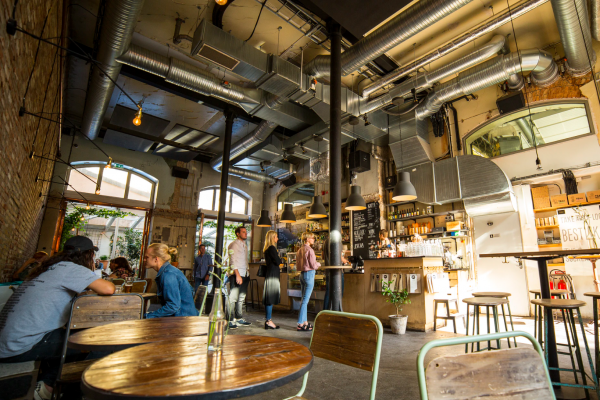 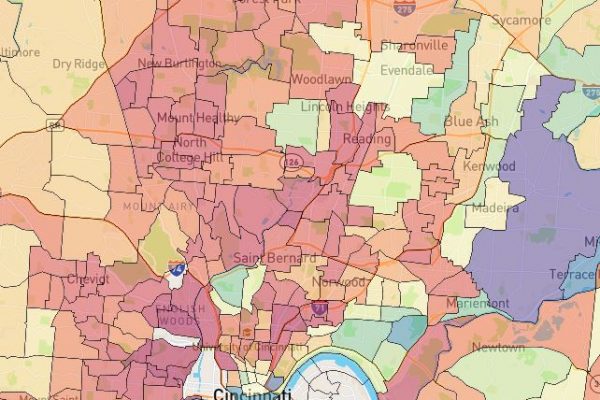 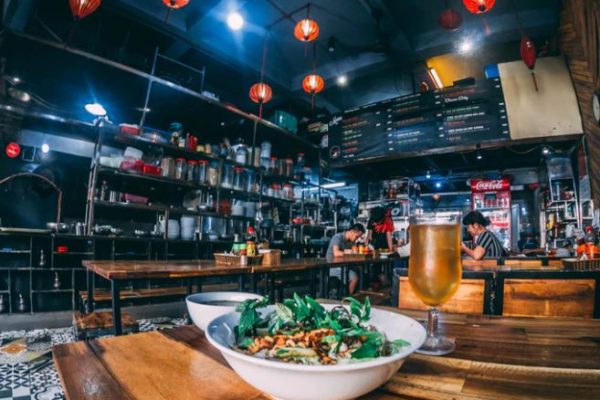 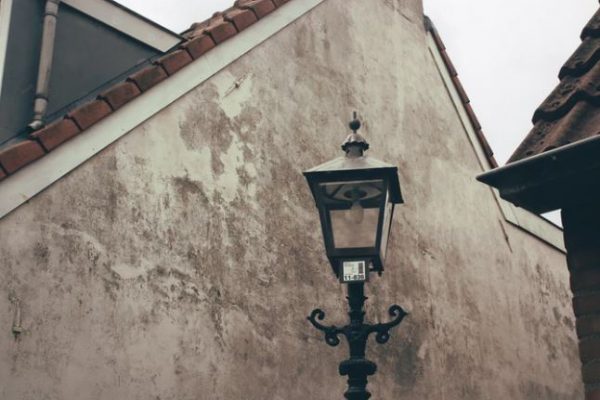